The story of a journey

At the end of 1985, the expectation of joining the European Union was very much alive in the Portuguese economy and society. After a turbulent decade, Portugal was enjoying a calm period of economic growth and social peace. In the employment sector, the “Expresso” newspaper was the major barometer of the job market.

Human resources consultancy companies operated chiefly in the areas of recruitment, selection and training. Within the sector, international consultancies had a discreet presence and important projects were mainly centred around processes for restructuring major state-owned companies. In the majority of cases, the methods employed by consultancy companies were very similar and reflected the middle ground of all economic actors.

The incorporation, in May 1986, of EGOR Portugal, with a majority holding by a European group which was the leader in the senior staff recruitment and selection sector, based its philosophy on the anticipation of investments which would come to the employment market from the country opening its doors to Europe, and whereby a largely conservative sector would be renewed by new working and organisational methods.

The stake held by EGOR Internacional enabled the recently-formed EGOR Portugal to join a group of associate companies throughout Europe and in Brazil, which quickly began channelling new business opportunities towards the new company and gave rise, in the following years, to the creation of many hundreds of qualified employment positions.

The sharp growth of EGOR Portugal benefited not only from the international synergies with its European counterparts, but also from the acceptance with which Portuguese companies embraced new working methods and specialisation in sectors of business activity of which the company was a pioneer in the areas of Technologies, Production, Marketing, Management and Finance and Commerce.

In the 90s, EGOR Portugal had not only consolidated its lead in recruitment and selection, but also launched a process of diversification with the establishment of new companies in the areas of Training, Human Resources Consultancy and Temporary Employment, becoming one of the companies at the heart of the Group with the highest rates of growth and diversification.

At the start of the 90s EGOR launched a manager training activity in Portugal which, for ten years, attracted the participation of thousands of senior staff and university students. The Challengers Trophy, a sports adventure event, launched and publicised in Portugal the bases for experience-based learning within the remit of team-building, leadership and teamwork.

In 1992, following the financial collapse of EGOR Internacional, EGOR Portugal completed a Management Buy Out operation which enabled it to have exclusively Portuguese capital and to pursue a process of growth and diversification which made it one of the main domestic companies in the Human Resources sector from a 360º standpoint which encompasses all the specialist services within the sector.

The success of the EGOR Group is fundamentally owed to systematic two-pronged orientation we consider to be strategic: unquestionable focus on the quality of our services and the construction of highly qualified work teams. Outlining these directions led to EGOR becoming a pioneer, from 1996, in Quality Certification by APCER in the area of human resources services provision, and it extended this accreditation to all its associated companies based on international standards ISO 9000. Over the years, the company has also garnered much recognition from institutions which is a testament to our focus on customer service.

On the threshold of its thirtieth year of operation in 2016, the EGOR Group wishes to continue to assert its place as a partner you can trust and a driver of the development of our Clients’ human assets and businesses.

Amândio da Fonseca, Founder and CEO of the Egor Group. 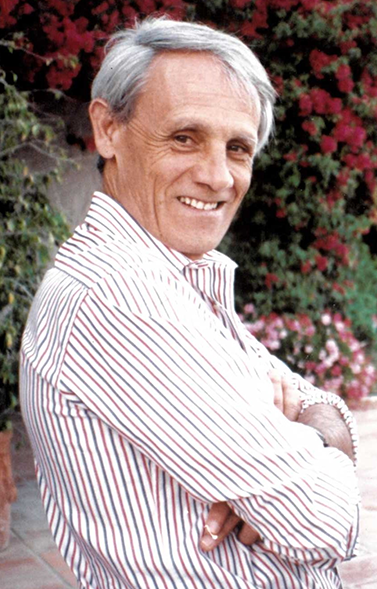