At the start of the 90s, EGOR perceived that the evolution of the markets would lead to a growing demand in terms of quality of products and services. Rigour and reliability underpinning a feeling of trust, would become a goal for which companies would have to prepare themselves. In 1994 we began to design an organisational system which would correspond to the demands of the international standard of reference - ISO 9000 – for the Certification of the Quality Management System in the Area of Recruitment and Selection, which we achieved in 1996 – accredited by APCER – the Portuguese Association for Certification – and which was later extended to all companies within the Group.

Within the remit of the Assessment Systems applied to the most varied of Consultancy projects, in 2015 EGOR led the way in achieving the latest ISO 10667-2: 2014 certification of all methodologies and tools employed in Human Resources, thereby becoming the first Portuguese company to be thus accredited by APCER. 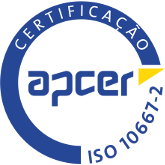 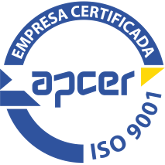 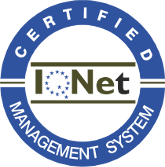 For the past 30 years, Egor has been distinguished with several and important awards, which are the result of our effort and hard work. Just to refer the most recent ones, we would like to point out the awards given by APG – Portuguese HR Association, which considered us one of The Best Human Resources Companies in 2013, 2014, 215 and again in 2016, in several different categories, and awarded us with two first places for Recruitment and Temporary Employment.